According to TheFinancialBrand.com, Credit Unions spend between $9.92 – $14.83 per member on advertising.  Now, that number can vary depending on the size of the Credit Union, as well as location.  But, those numbers are relatively average across the board.

While most small – medium sized businesses are allocating over 60% of their marketing budget towards digital advertising, Credit Unions are a tad behind at about 45%, though that number is rising annually.

Credit Unions are focusing more on millennials (early 20s to mid-30s), as well as Gen X, since they are looking for ways to finance college for their kids and helping to plan for the care of their parents.  With that target market, we’ve found it best to target these audiences across multiple digital channels simultaneously.

One of the best ways that Credit Unions can target digitally is focusing on their own members.  Being able to talk to their members and get them into multiple products, rather than just one or two.  An ideal way to do this is through Facebook’s Custom Audience campaigns.  Facebook allows us to take the membership list from a Credit Union, and upload that contact information to Facebook and match that data to Facebook profiles.  In doing so, we can find their members online and serve specific ads to exclusively those members.   When working with financial institutions it’s important to recognize what you can and cannot target.  As of March of this year, we are not able to target users by age, house hold income, gender, or zip code.  This is so we aren’t discriminating anyone.  You can read more about that here.

A great example of using the Custom Audience campaign is from a Credit Union in Las Vegas that I personally worked with.  They had created a campaign that began before Christmas.  The ad creative was designed to appeal for the need for extra cash during the holidays.  The message was sent only to their members. As a result, the Credit Union had received over double the amount of applications they had received the two years prior.  This was the only change to their marketing during this time period.  In addition, they also funded more than double their previous year, funding almost $70,000.

In this industry, mobile banking is a HUGE aspect of customers’ relationships with their financial institution.  That being said, another successful tool that Credit Unions use is Mobile Conquesting.  With Mobile Conquesting Credit Unions have the ability to geo-fence their competition, in hopes that they might fail their customers, opening the door for a better performing institution.  They could also geo-fence the surrounding neighborhoods. Geo-fencing gives the ability to draw a virtual fence around a business, or event.  Then, when a Mobile Device enters that geo-fenced location, that device can be targeted with a specific advertisement.  With ads being displayed in-app, or on mobile websites, customers could potentially be served ads while waiting to be serviced at their current bank. Another option that’s available is to geo-fence your own locations and geo-retarget your own members to upsell them or offer them additional products, such as an auto refinance or home equity loan.

There are may ways that Credit Unions can target those millennials and Gen X customers.  Social Media, specifically the Custom Audience campaigns, and Mobile Conquesting are two methods that I’ve personally seen work the best.

So, while Credit Unions are increasing the amount of money that they allocate towards digital, you now have the ability to bring them multiple successful tools to earn your piece of the pie.

From Google: 5 Things You Need to Know About SEO

Are you looking for ways to organically increase the traffic to a website?  If so, Search Engine Optimization (SEO)... read more

Not every small business has the luxury of having a full-time Marketing Director on payroll, leaving those without a... read more 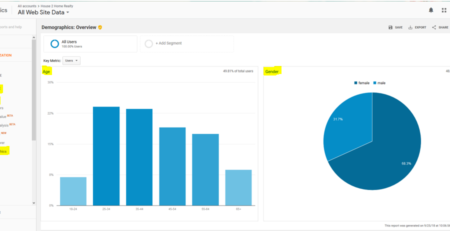 Is Your Target Audience Really Who You Think It Is?

I think it is safe to say that as consumers, we have pretty much grown accustomed to being served... read more

Are You Looking For More Quality Conversions?

Conversions are pretty much the pot of gold for digital marketing.  Increasing your conversion rate is fundamental to your client's... read more

8 Things To Know About Digital Advertising

There’s a lot to know about Digital.  In fact, there’s a TON of information out there.   However, it doesn’t... read more

If the question is “Does display advertising influence consumers to make a phone call?”  The answer to this question... read more