How Are You Overcoming Digital Objections?

How Are You Overcoming Digital Objections?

Being in sales can really make you relate to the life of a toddler in the sense that they are constantly told “no”. For example, when my three-year-old wants to wear shorts but it’s snowing outside, he hears “no”. When he refuses to eat his dinner but asks for ice cream before bed, he again hears “no”. When he wants to ride his bike without a helmet, there it is again; “no”.

Five of the most well-known people today failed before they had success. Oprah Winfrey worked on a failed news show and was demoted from her primetime co-anchor role. J.K. Rowling, the author of Harry Potter, had her novel rejected by 12 different publishing houses before it was eventually accepted by Bloomsbury. George Lucas, the writer of Star Wars, had the film rejected twice by studios before 20th Century Fox agreed to take a risk. Michael Jordan didn’t make the high school basketball team. Thomas Edison tried inventing the light bulb 1,000 times before prevailing. 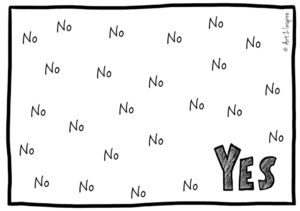 What they all have in common, is that they overcame objections. Everything we do in life is going to come with objections, but the way you answer them is what is going to separate you from your competition and get you one step closer to that magic three letter word of “yes”, and selling digital isn’t any different.

Some of the most common objections that you might hear are “Why can’t I do this for $500 a month?” and “I just want to try this for a month and see if it works.” Digital is a frequency medium, so the more that someone sees the ad, the more likely they are to take that next step. With a smaller budget, it isn’t going to have enough frequency to make an impact so it will turn out to be a waste of money. Explain that we don’t want to take a pebble and throw it into an ocean because that just isn’t going to have an impact. We are reaching a very targeted audience, so those people need to see the ads as many times as possible. In 2021, it was estimated that the average person encountered between 6,000 to 10,000 ads every single day, so we want to give them the best chance of success and we’ve found that campaigns that have lower investments have a lesser chance of getting the results that they are looking for. Also, as a campaign progresses, the exchanges’ algorithms learn more and can predict better who will respond to ads, based on prior performance.

Unlike traditional types of advertising like radio, TV, direct mail, or even outdoor where the business can physically see or hear their ad in action, digital is the complete opposite. Most likely, that business is NOT going to see their own ad, and that can be another objection you come up against. If that’s the case, explain to them that digital ads are all bought in real time. For example, ff I wanted to buy stock in Proctor and Gamble, I wouldn’t go right to Proctor and Gamble; I would go to a stock exchange. Buying digital ads works the same way. 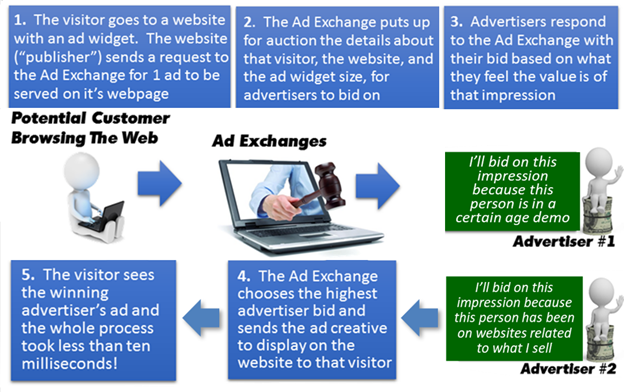 Since the buying of digital ads is done in real time, we can’t tell the business to go to usatoday.com at 3:00 this afternoon and they can see their ad. There are also millions of ad impressions available to bid on, we don’t win every impression that we bid on, and we don’t bid on every available impression. When purchasing ads, we are only buying brand safe premium inventory and we integrate with the top Brand Safety partners like Grapeshot, Integral Ad Science, and DoubleVerify. DoubleVerify authenticates the quality of digital ad impressions for the world’s largest brands ensuring viewable, fraud-free, brand-safe ad environments, so we will only bid on inventory that matches the client’s targeting strategies AND is on websites/apps that are authenticated by DoubleVerify. This is something we do for all Display, Native Display, Native Video, Video Pre-Roll, Household IP, OTT, Online Audio, and Social Mirror campaigns.

Another common objection is “I tried digital before, and it didn’t work”. When I’ve gotten this objection in the past, I equate this one to a diet. I’ve been to the gym before and I’ve done diets, but it didn’t work. Well, that’s probably because I wasn’t doing the right type of exercises or eating the right type of foods or didn’t stick with it long enough. The same thing is going to apply to digital advertising. First, ask the business what kind of advertising they did previously. When it comes to the term “digital advertising”, there are a lot of variations of what that might mean. Sometimes the same word can mean the same thing, and sometimes it’s the opposite. For example, Search Engine Optimization (SEO) and Search Engine Marketing (SEM) can get used interchangeably, when they are actually two different digital tactics. You can also dig a little deeper and find out how the campaign was targeted. Was it using broad demographics and/or age like women 35-54, or was it really getting to that core target audience and targeting by behaviors or keywords. If the business wanted to reach women 35-54, we can bring that a step further and target by:

Going back to the diet analogy, ask them how long they did the campaign and how much they spent on it. You also want to determine what that call to action was that they were using. If the call-to-action button didn’t match the landing page, they probably didn’t get a lot of conversions because as consumers, we don’t want to have to search for that offer that we were interested in. For example, if I see an ad that is promoting a $1,000 discount, I expect to land on a page talking about that particular offer. 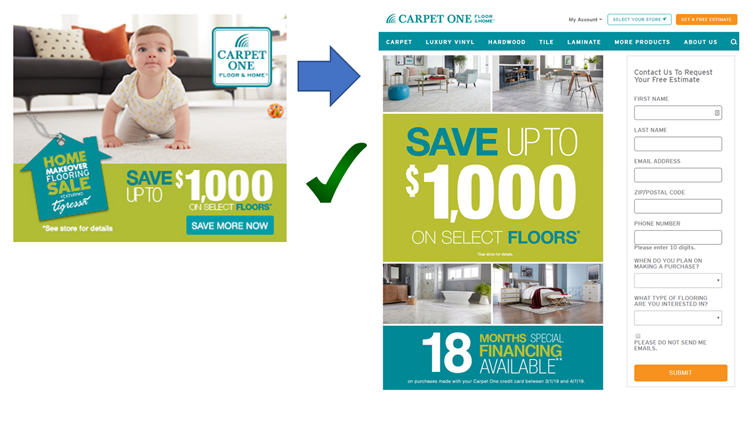 The bottom line with this objection is that digital does work when it is used the right way. If it didn’t work, local businesses wouldn’t continue to buy it and use it as a marketing strategy. 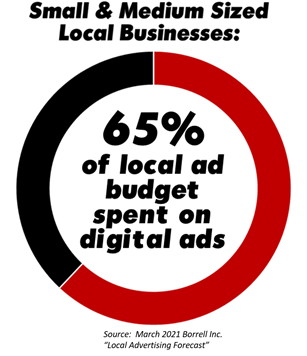 Another difference with digital campaigns compared to traditional advertising is that certain digital products are purchased on a cost per thousand basis, or simply the price a marketer would pay to receive 1,000 campaign impressions. That can be difficult for businesses to understand when they are used to buying TV or radio ads at $XX per spot, or billboards for $X,XXX per month. Because of the confusion, advertisers might say they can’t justify spending a certain amount of money in exchange for a certain amount of clicks. With this objection, you want to remind the business that clicks doesn’t necessarily equate to sales. If someone clicks on an ad but then doesn’t do anything else, what good is that click? This is an opportunity to talk about tracking conversions. When tracking conversions, we can show what someone did AFTER they clicked on the ad. Maybe they made a purchase, or filled out a form, or made a phone call. Those metrics are going to carry more weight than just seeing clicks. The national average click through rate is just .07% proving that most people don’t click on ads, so by tracking conversions, we can show that return on investment (ROI). Mobile Conquesting and OTT with On-Site Visit Tracking are additional metrics where we can show the ROI since we can show how many people saw an ad, and then went to that location within 14 days. By using Facebook Lead Ads or Live Chat, or Pay-Per-Click (PPC) with the lead extension, we can show how many people saw an ad and then took the next step by becoming a lead.

Certain digital product also have the capability for a Match Back report which will demonstrate a business’ ROI. With this, the business would keep track of their “sold list”, and then we match that against the original list of people that were targeted, and now the business can see how many customers were from those targeted ads. This report is available for Native Email Matching, Facebook and Instagram Custom Audience, Mobile Conquesting Address Targeting, Amazon Custom Audience Matching, Household IP Targeting, and LinkedIn Custom Audience Matching.

Those objections are just a few of the more broad ones that you might come up against when pitching digital to businesses, but if you have confidence in what you are presenting and believe in the product, you will find yourself knocking down the “no’s” and turning them into “yes’s”.

What are the most common objections to using digital advertising?

More and more companies are including digital advertising as a critical component to their marketing strategies. However, there are... read more