Internet Advertising Is #1 In Total Ad Spending In 2014

Internet Advertising Is #1 In Total Ad Spending In 2014 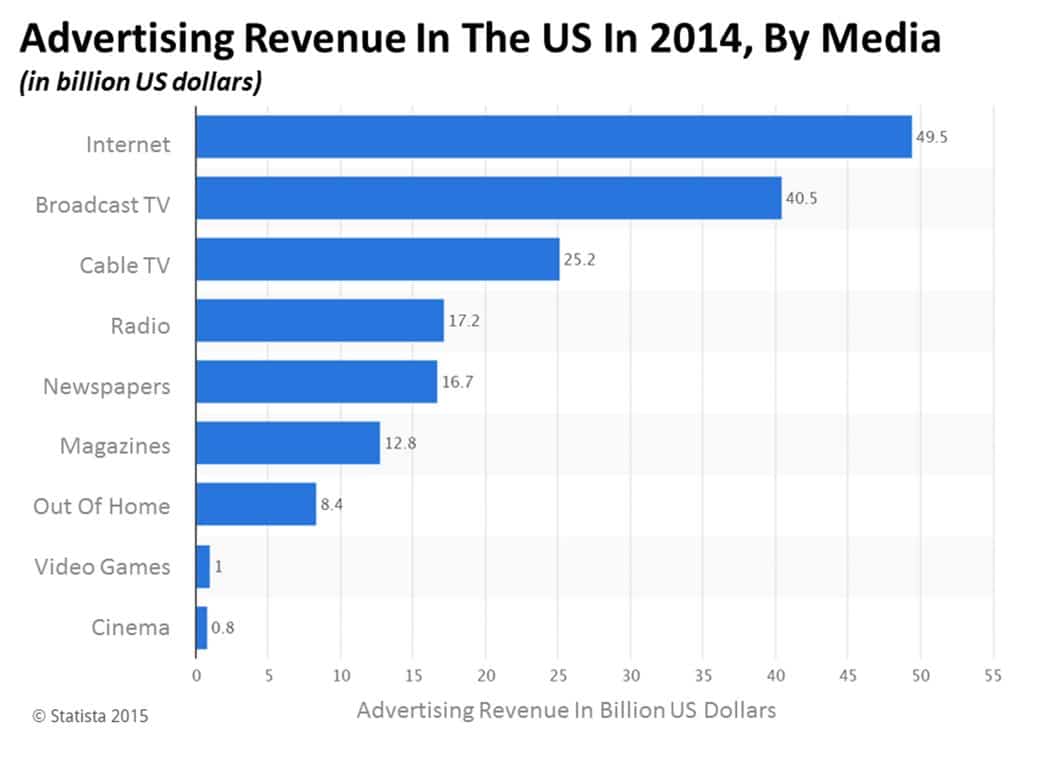 These numbers are steadily growing.  According to a study done by Duke University, mobile advertising will triple from 3.2% of brands’ budgets to 9% by 2018, data analytics spending will grow from 6.4% to 11.7%, and social media is expected to grow to 22.4% of spending over the next 5 years. If you haven’t already taken your advertisements online, perhaps it’s time to!

Should You Be Using Video Ads In Your Digital Marketing?

Ummm, yah, you should. 80% of Internet users can remember a video ad that they have seen in... read more

The end of another holiday season also marks the end of a new year and the beginning of new... read more

Call tracking is very beneficial to not only your campaign, but your business as well. It gives you a... read more

What will my traffic/clicks be from my digital ad campaign?

There are two questions advertisers typically want to know about their advertising campaign:  how much traffic will my website... read more

Who Is Your Social Media Audience?

As a business, you may have asked yourself many times, how do I connect with my audience? Social media is... read more

Scratching your head when it comes to the jargon of online marketing? Well LOL and WTF no more.  Here's... read more

What Goes Into An SEO Campaign?

It’s crazy to think that you can have a full-blown conversation these days with just letters. Have we come... read more

Facebook is consistently looking for better ways for advertisers to reach more of their users. Recently, this has led... read more

What Are Universal IDs Or Unified IDs And What Happens When Cookies Go Away?

Cookies, line of code used to track users across the internet and target ads to them, are going away. ... read more