Instagram launched in October, 2010, as an easy way to upload and share photos with people who shared similar interests. Their app quickly became a staple for smart phone owners around the world, garnering over one million users in just two months. This early success did not go unnoticed either. Two years later, they joined Facebook as the sites premier photo sharing app. Since then, Instagram has exploded into one of the largest social media platforms available with a massive user base of 400 million. But that is not the only impressive number they have. Here are a few more:

If there is one thing to take away from these numbers, it’s that Instagram has a very large, and very active user base. These unique traits of Instagram users have digital marketers increasing their budget for ad space within the platform. According to a study done by eMarketer, 48.8% of US companies will utilize Instagram for marketing purposes in 2016. By 2017, that number will jump to over 70%.

“That’s all nice and dandy AJ, but marketers already use Facebook and Twitter, and they’ve been around longer.”

Great point. It’s true that these social networks have more users and have been around for a while longer, however, when it comes to engagement with users up to age of 35, Instagram wins hands down. Take a look at some numbers from a study which measured interaction among social media platforms which used the same post by rock band Paramore:

“5 times the engagement with only one tenth of the audience? Sign me up!”

Our thoughts exactly! Instagram has proven to be an amazing platform with many users, high engagement, and a simple user interface. It was only a matter of time before digital marketing found a way to utilize it. Here at Vici, we are constantly looking for new and unique ways to help market our clients, and Instagram has been our latest obsession. Over that past few months, we have been running test campaigns on Instagram with outstanding results. Here’s what we found: 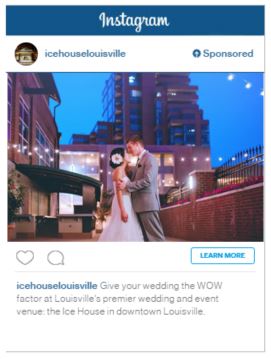 With Instagram, you have the ability to connect directly with your end-user. This interaction is key in creating lasting relationships with your customers and your brand. Ask us about how we can incorporate Instagram into your next campaign.

With March officially over, and with the promise of warmer weather around the corner, it seems like the perfect... read more

Facebook has made a whole slew of new updates. Lucky for you, Vici is giving you the latest and... read more

What Is Keyword Targeting? (No, it’s not PPC!)

Did you know that almost half of searches do NOT start with a search engine, but rather on a... read more

How many times have you been scrolling along on your mobile phone and accidentally clicked on an advertisement? Well,... read more

Top 5 Reasons You Should Be Using Facebook For Advertising

For small businesses, posting on Facebook just isn’t enough anymore. On average, only 2% of your fans will see... read more

Content Marketing: What it is and why it’s important

Here at Vici, we excel at getting visitors to your website and engaging with your brand. But what happens... read more