How many times have you been scrolling along on your mobile phone and accidentally clicked on an advertisement? Well, you’re not alone. To address it, Google has implemented several changes to reduce accidental clicks on mobile display ads. 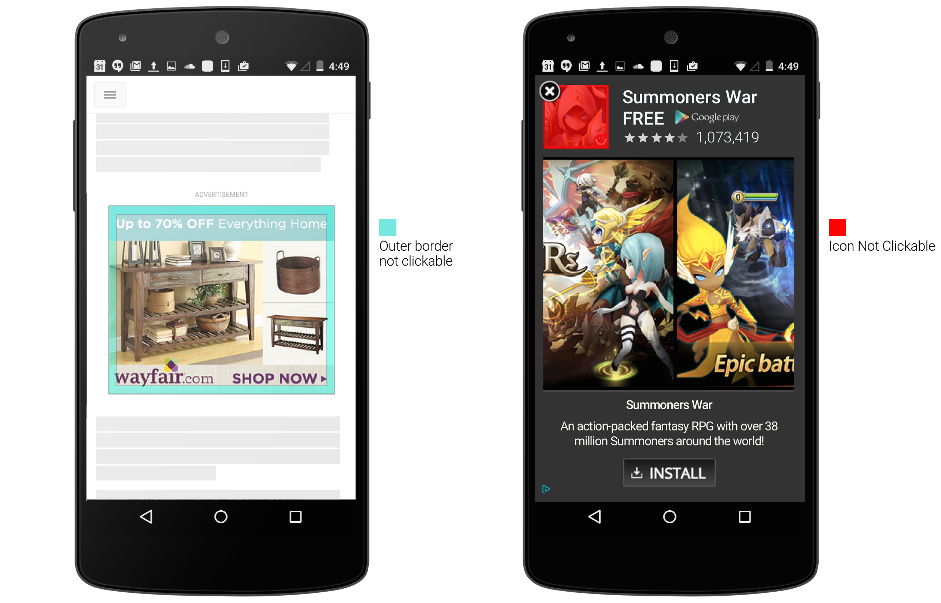 This is great news for both users and advertisers. Now you know that the clicks you’re gaining are true clicks and not accidental clicks due to “fat finger syndrome!”.

Are you maximizing your Pay-Per-Click campaigns? Responsive, Dynamic and Call Ads bring more possibilities than ever.

As people, we are able to react to our environment with an array of emotions. Why is it then,... read more

Facebook is once again going head to head with Google to win the biggest piece of the $59.6 billion... read more

What are college kids doing on Friday and Saturday nights? Snapchatting.

Snapchat, the “now-you-see-me-now-you-don’t” photo app, has caught the attention of the tech world because of its rapid success, occasional... read more

There are several “geo” terms in digital advertising, and it can be complicated to determine which option is best for your... read more

Are you asking: “How did you hear about us?” (Example)

Men vs. Women Online: An Infographic

When marketing online or with mobile, men and women can't be treated equally. Check out the compelling infographic below... read more