If you haven’t already noticed, Facebook is everywhere and it’s not going away anytime soon. But that’s OK. With over 72% of online adults using the platform, the highest of any of its social counterparts, Facebook has become an advertising goldmine. It’s not every day that you find an advertising platform that can let you target individuals down to the amount of land they own, type of cell phone they use, or breed of dog they have (yes, you read correctly). But with Facebook, since it is the largest social network which actively promotes sharing and engaging with content, all of this information is available. But that is just the tip of the iceberg. Here are the 5 most important things you need to know about advertising on Facebook.

With a worldwide audience of 1.4 billion (yes, billion) active users, Facebook is the largest digital network of individuals. Period. In the U.S., that number is 156.5 million, still a very large group that should not be overlooked. When we examine mobile users, we find that a large percentage also uses Facebook mobile with 145.3 million users. With a reach this large, finding the audience becomes much easier. 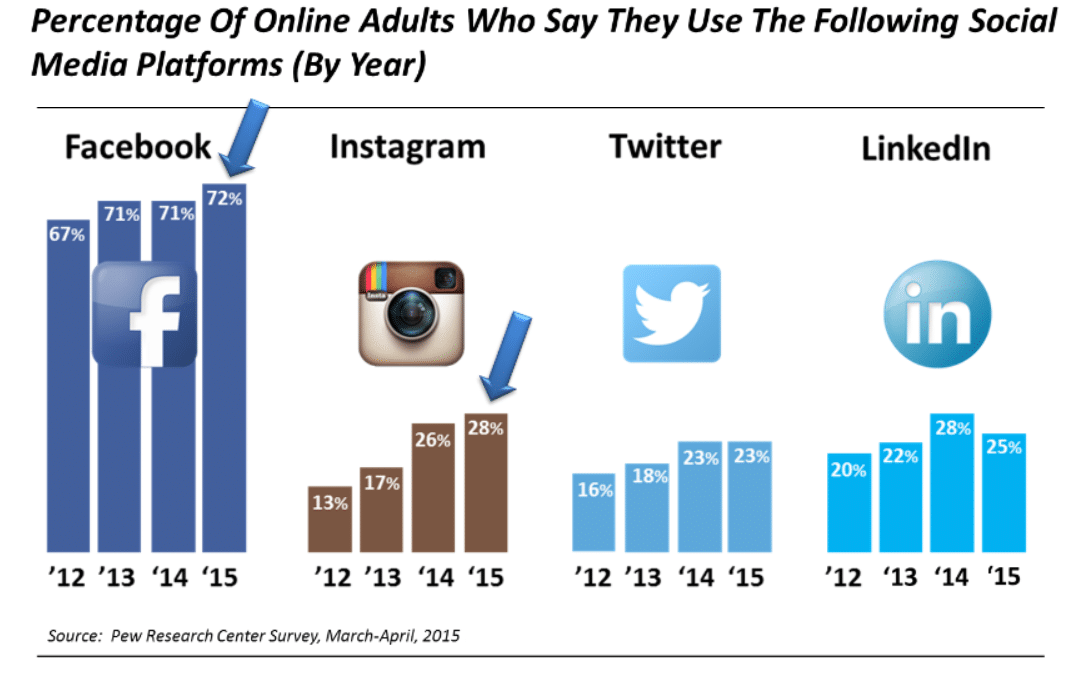 Because there are so many different ways for Facebook to track and monitor engagement within its site, there are seemingly endless amounts of demographics to choose from. This allows for some very detailed audience targeting. Some of the most common demographics that are used are age, location, family, income, and what content a user is interested in.  Facebook also layers in offline data to profiles, such as census data, behavioral data from Acxiom, Datalogiz, and Epsilon, as well as property data, investment interests, and buying activity.  Facebook knows how big your house is just by matching your profile to public offline information! If you take away anything from this article, let it be this: Facebook News Feed ads are native. What does this mean? This means that in contrast to traditional display ads which will appear as a static image with some text usually on the right side of a website, Facebook News Feed ads will appear within the news feed of a user making them look like content. Why is this important? This puts your ads in front of users in a friendly way that is recognized and non-threatening. This approach to digital ads has led to much higher engagement and click-through rates. 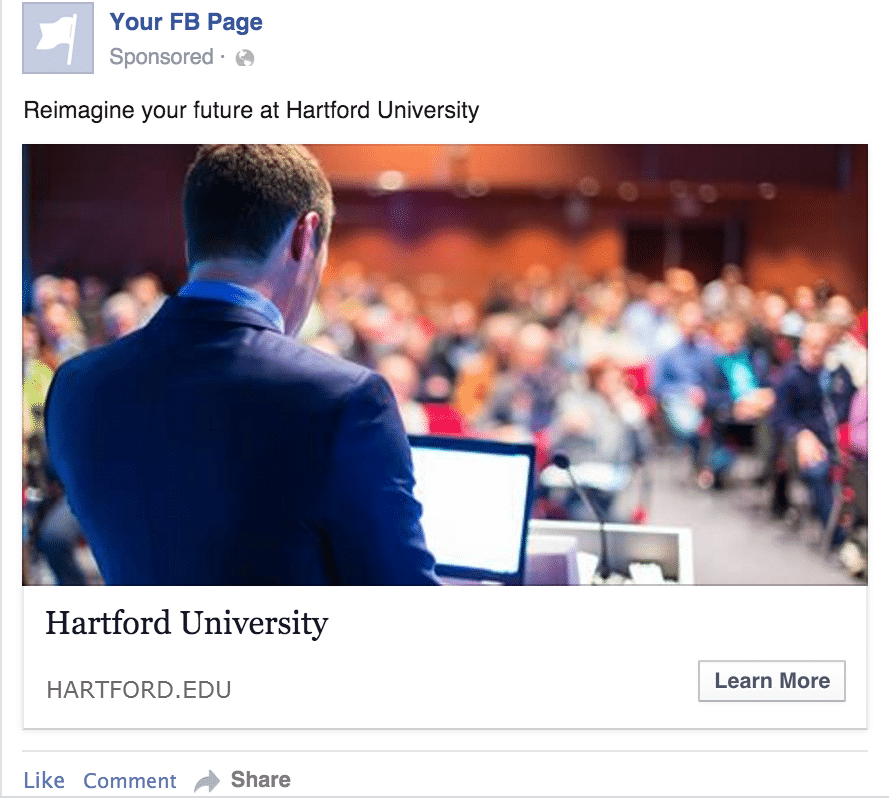 Native Carousel Display Ads are pretty simple. Instead of providing one image, like the aforementioned Native Display Ads, Carousel ads allow for up 5 images to be used in an image “carousel” allowing for the user to scroll through them. Although this comes across more strongly as a paid ad, the engagement is actually even higher than single image.  Digiday reports that “carousel ads are 10 times better at getting people to click through compared to static sponsored posts on Facebook.”  We recommend this ad type for those who offer multiple products or services. 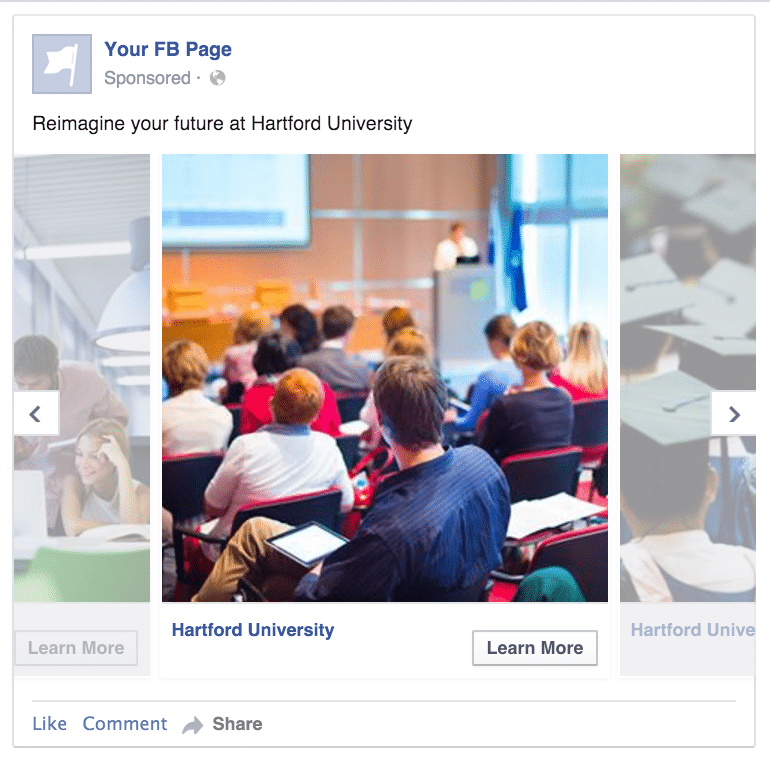 Despite all of Facebook’s intricacies and wide range of demographics available, getting started is actually pretty simple. All you need to do is put together some creative, add a thoughtful yet engaging caption and send it our way! We will make sure that your ads are set up correctly every time so that they appear as intended, and across all devices. Because of this simplicity, it allows for new creative to be implemented more quickly than traditional display ads, making A/B testing even easier.

Facebook Advertising is powerful and effective and should be strongly considered for every digital campaign. If you are unsure about where to start or which demographics to choose, just let us know. We would be happy to put together a tailored Facebook strategy that will increase awareness and drive engagement.

Even when we’re adults and out on our own, we still call our moms for everything, especially when we don’t feel... read more

What Advertising Medium Do Adults Use The Most? (Example)

Want to know what medium do adults in the US use the most during an average day?  Well, that... read more

So You Have a Bad Online Review, What Now?

Online reputation management consists of monitoring, improving and maintain the publicly available online information about your business. As the internet... read more

Why your marketing plan should include more than just PPC.﻿

The folks who bring you Google Analytics have just released some first quarter insights from the previous two years... read more

How should I measure my KPIs?

It is important for digital marketers to understand key performance indicators. Key Performance Indicators or KPIs give you a... read more

What Does The New F.C.C. Ruling Mean For Digital Advertisers?

Vici knows a little bit about Facebook and Instagram campaigns.  Looking back over the last year we’ve run a... read more